What are DeFi Loans: Credit & Lending 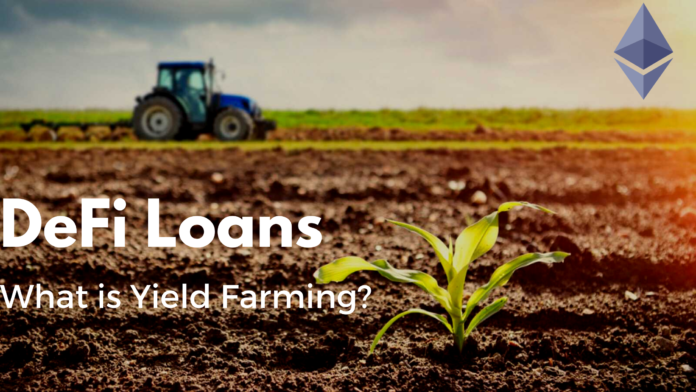 Yield farming is one of the most sought after strategies of 2020, due to the above-average interest rates paid to lenders relative to any other form of yields in traditional finance, especially as interest rates are near 0%. If you have money in a savings account, the rate of inflation is disadvantageous to your purchasing power, year on year, as it is higher than the interest actually paid into your account.

As a lender, if you have your money locked up into a lending protocol, you will receive an Annual Percentage Yield (APY), whereby as a borrower, you will pay an annual percentage rate.

People take advantage of borrowing and lending in the DeFi environment because:

To make use of leveraging cryptocurrency that is being held in a self-custody wallet, one can deposit cryptocurrency, lend it out but also borrow using the same funds as collateral. This can be used to further purchase more cryptocurrency, gaining more exposure to that particular digital asset.

On some platforms, the assets gained via using this method can be utilized on exchanges, even to the extent of margin trading; longing or shorting the market by using leverage. This can be very risky because a loss of a trade can cascade and ultimately lose the full amount.

Insurance is a very complicated issue in the best circumstances, as there are so many factors involved and the potential for fraudsters to take advantage of claims for monetary gain.

Currently, there are projects that deal with smart contract failure, whereby one can be covered in an event of a major hack or exploit.

Moving forward, when off-chain oracle feeds are integrated into the blockchain ecosystems and interoperability is part of the ecosystem on a scale of TCP/IP (when the internet first became a truly effortless interoperable system), we may see every type of insurance on the blockchain, running on algorithms, big data and AI. The statistics will be accurate and the insurance fee or claim will be generated, accepted or declined on an automatic basis based on the facts presented.