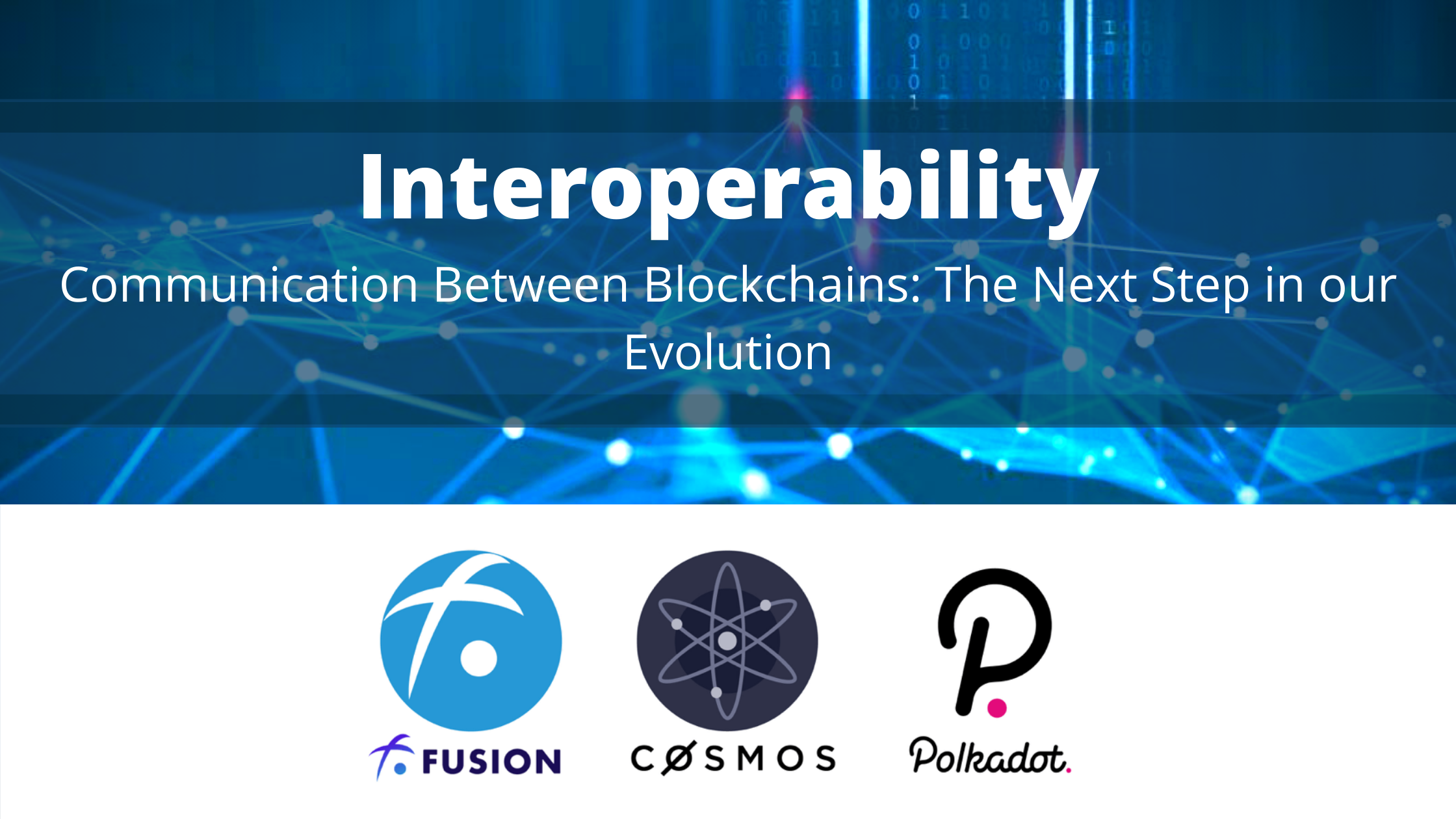 Take the internet for example. The original internet was a closed network of a few nodes consisting of schools and government. As the internet grew, more nodes were cropping up everywhere and due to its nature, there is no inherent trust built in, which is why firewalls and internet security software were brought about to protect users.

Like blockchain is today, service providers in the 1990s were closed proprietary networks; networks that couldn’t inherently talk to eachother. A few notable examples being Compuserve, Prodigy and AmericaOnline. This meant that to send an email outside of the network you were using would cost you to do so, a farfetched idea to think of today.

When the internet opened to the interoperability standard between networks, that is when true adoption took place, allowing innovators to explore and create new value propositions never seen before, such as online ecommerce, social media platforms and search engines. Information was easily accessible and reaching out to people took on a whole new dimension.

Cryptocurrency allows for trust to be regained between parties because the trust element is written into the cold hard algorithm of the smart contract, removing the chance of user fraud and user error between parties.

The transparency element allows for true visibility and authentication. The inability to actually change the details of a transaction on the blockchain is an idiosyncratic quality that only blockchain possesses.

It removes the need for intermediaries, as each user/node has the full power to interact with the blockchain in their own hands.

Here are some protocols that are actively trying to take us to the next step, where we will be able to communicate freely and easily with data and currency via the blockchain.

Polkadot aims to enable a completely decentralized web where the users are in control.

Private and consortium chains, public and permissionless networks, oracles and other technologies that are not yet concepted, will be able to connect and interact with the network by being their own Parachain.

The unique benefit for the blockchains (especially private) to connect to the network in this way is the ability to transfer data and leverage the network’s security, whilst staying isolated from the other parachains if they want to.

Polkadot is a sharded multichain network, which allows it to process many transactions on several blockchains in parallel. It also employs a relay chain that acts as a hub that allows the parachains to connect to.

There is a couple of criteria that the Parachains must meet though, in order to be able to connect to the network; the potential connector must be able to form compact and fast light client proofs, as well as have a process for many independent authorities to authorize transactions. Other than meeting these two criteria, any data structure can connect as a Parachain.

Dr. Gavin Wood, a notable founder in Polkadot is the former co-founder & CTO of Ethereum. Alongside two other founders, The Web3 Foundation is also working on it with developers from Parity, as well as capital partners from cryptocurrency funds such as Polychain Capital.

With the same goals as Polkadot, the Cosmos ecosystem infrastructure consist of two components:

Tendermint Core – the open-source base layer which acts as a blockchain development platform. It’s a blockchain-in-a-box implementation for any application to integrate their own decentralized or distributed network.

Inter-blockchain communications (IBC) – The next layer is focused on interconnectivity whereby all of the integrated chains on the network can communicate with each other. This is an important layer for the token (ATOM), exchange between tokens and all of the data.

The ATOM token can be used for staking and is important to the ecosystem because it tokenizes transactions on the network.

There are a lot of contributors working on the Cosmos ecosystem, some to name are Akash Network, Fission Labs, Informal Systems, Interchain GmbH, Iqlusion (co-ordinator), Regen Network and Tendermint.

DJ Qian, the CEO and Founder of Fusion is also the founder of BitSE, an institution that helped with the incubation of Vechain and Qtum. He is also proactive in his endeavours within China, researching blockchain and mining.